Views of Roman Bologna at the Majestic

A journey back in time to Bononia, first a Roman colony and then a city. The Grand Hotel Majestic “già Baglioni” is one of the few palazzi in the historic centre of Bologna where archaeological digs have unearthed ancient Roman remains: a historical legacy restored to the city and transformed into a space for art and culture. The best opportunity to discover this minor gem? Next weekend, Easter, when the Majestic is inviting Bolognesi “to court” for a restorative mini-break, featuring a traditional Easter lunch, relaxation in its Health & Wellness centre and all the comfort of its rooms and suites.

In search of ancient Bononia

Bologna started life as Felsina during the early Etruscan Villanovan civilisation, then it was settled by the Boii Gauls, a Celtic tribe of the Iron Age. The colony of Bononia, finally, was founded during the Roman Age in 189 BC. In part, the first pages in the story of the city are shrouded in mystery. The Roman colony was entrusted to 3,000 families, each of which was assigned 12 hectares of land to cultivate. Roads, the essential infrastructure of Roman expansion, were built immediately. Then the main buildings – a theatre, a basilica and a temple complex – were added. It was only in 88 BC that Bononia was upgraded from colony to municipium, or town, and its inhabitants became Roman citizens. Under Augustus Caesar, ten kilometers of roads were paved and sewers were built, as well as an aqueduct that channelled the water of the River Setta from Sasso Marconi to the town along a manmade tunnel, or cuniculum.
What did Bononia look like? It was an orderly series of blocks of brick and selenite buildings and, above all, wood houses. It is no coincidence that the town was seriously damaged by a fire in AD 53. It was only thanks to the intervention of Nero that Bononia was rebuilt: it is ironic to think that, eleven years later, the same emperor was to be accused by more than one source of burning down Rome itself. In the third century, the barbarians conquered and sacked the town. Hence the idea of building a circular selenite boundary wall, unearthed a century ago, which did not, however, comprise the poor neighbourhoods. The invasions of Attila’s Huns and Odoacre’s Heruli brought the Western Roman Empire to an end, nonetheless – hence Roman Bononia too. All that is left is an interesting archaeological heritage.

Ancient history conserved in the palazzo

The hotel was and is situated in a unique position near the two main roads of ancient Bononia: the cardo maximus, which followed the present-day Via Galliera and Via Val d’Aposa, and the  decumanus maximus, which ran along Via Rizzoli and Via Ugo Bassi, in other words the Via Emilia.
A surprise is in store for visitors in the basement of the Grand Hotel Majestic “già Baglioni”, where it is possible to admire a decumanus minor from the imperial period. The polygonal flagstones were made of trachyte and came from the Euganean Hills and still visible are the tracks worn into them by the carts that travelled along the road.
Bologna, History, Hotel
Written by: Digital Gran Tour 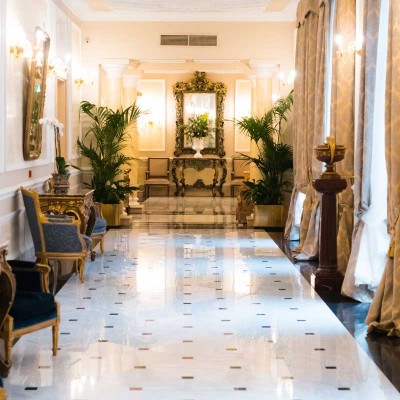 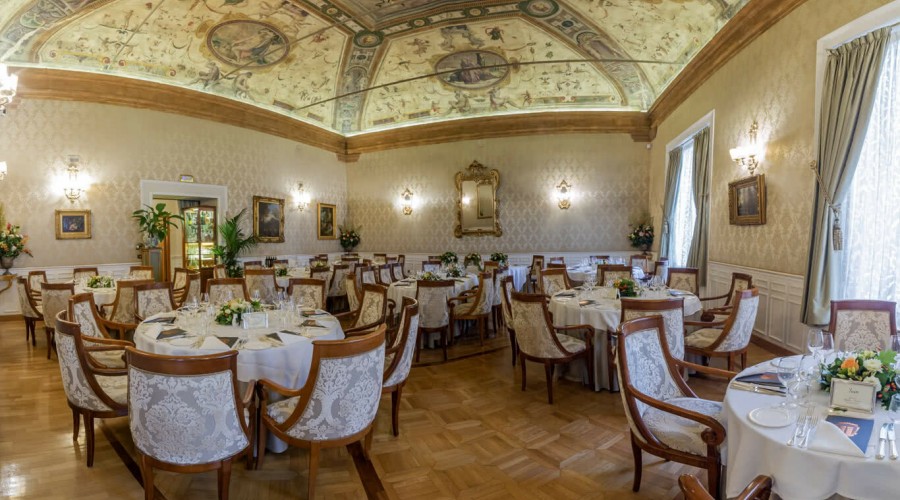 At the table with the Carracci

07/02/2021 - 10:00 The Ristorante I Carracci The Grand Hotel Majestic “già Baglioni” has many a tale to tell. Here objects d’art, furniture and decorations all...
KEEP READING 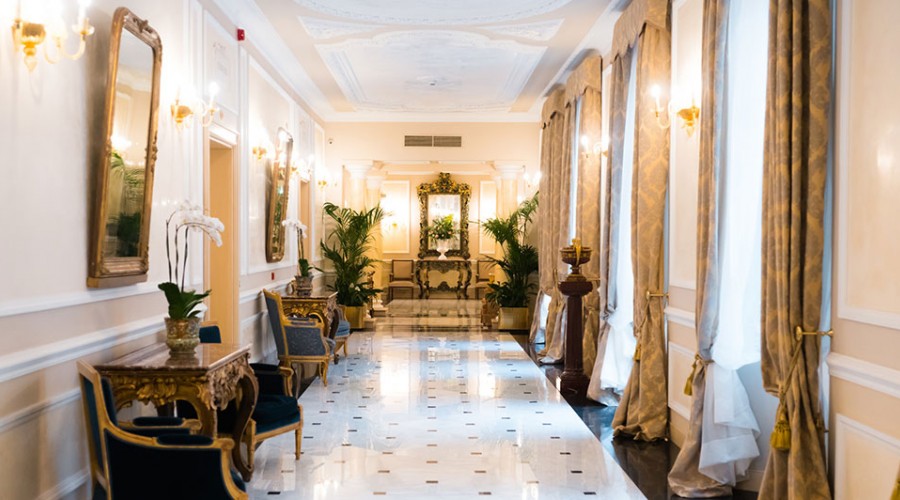 06/04/2021 - 09:00 The Galleria of the Grand Hotel Majestic “già Baglioni” Having beauty at heart means assuming the responsibility for protecting it. For...
KEEP READING 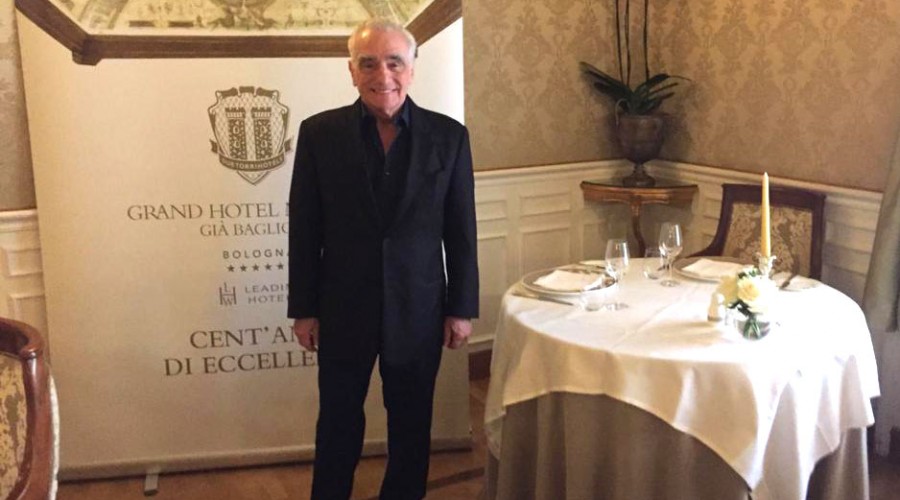