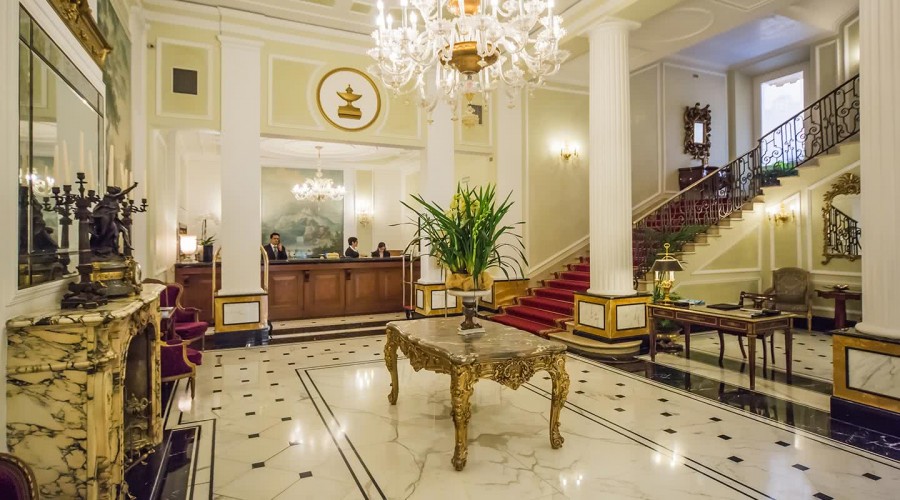 Courtesy, hospitality and friendliness, which make Bologna the representative of “dolce vita”, become tangible in the places and initiatives of Majestic. Overlooking the town's main street, Via Indipendenza, the hotel represents the ideal starting point for a visit to the centre of Bologna with its historical traces of the past, contributions to modernity and innovation, opportunities for pleasant strolls along the shops and alleyways, everyday life full of cheerfulness.

The suites with flowered balconies and the rooms represent the best example of hospitality excellence, the uniqueness and combination of tradition and functionality. Elegant and welcoming, furnished with precious furniture, they overlook the nearby Piazza del Nettuno, dominated by the famous Renaissance Fountain of the sea God. It was sculpted in the middle of the 1500s by the French sculptor Jean Boulogne, so now it is called Giambologna, giving its name to one of the hotel’s suite too. The Art Déco Terrace Suite stands out as the only room with a private terrace from which one can enjoy the most beautiful views of the city. Professionalism and friendliness of the hotel staff are also of great value; they represent the typical hospitality of Bologna. Among the many events there is "Medieval Market Tour” which allows discovering the ancient medieval markets of Bologna (Mercato del Quadrilatero, Mercato di Mezzo,

Mercato delle erbe) and is guided by Executive Chef, who becomes a personal assistant for food shopping and then a personal trainer at cooking classes. The Sommelier’s creative and professional contribution is also of great importance: wine tasting at Enoteca Morandi, detailed and always poetic description of the dishes by Maitre d'excellence, who has worked for years with Gualtiero Marchesi, Cracco and Bruno Barbieri.

Last but not least is the "Sweet & Tasty Tour", a sweet journey into the culture of ice cream, chocolate and sorbetto, including Sunday Brunches. This true gastronomic route is offered as a tribute to the culture of the area, its typical recipes and DOC products. "Social Dinners" at Enoteca Morandi are exclusive dinners for a limited number of people with recipes to exalt the gastronomic excellence of the territory.