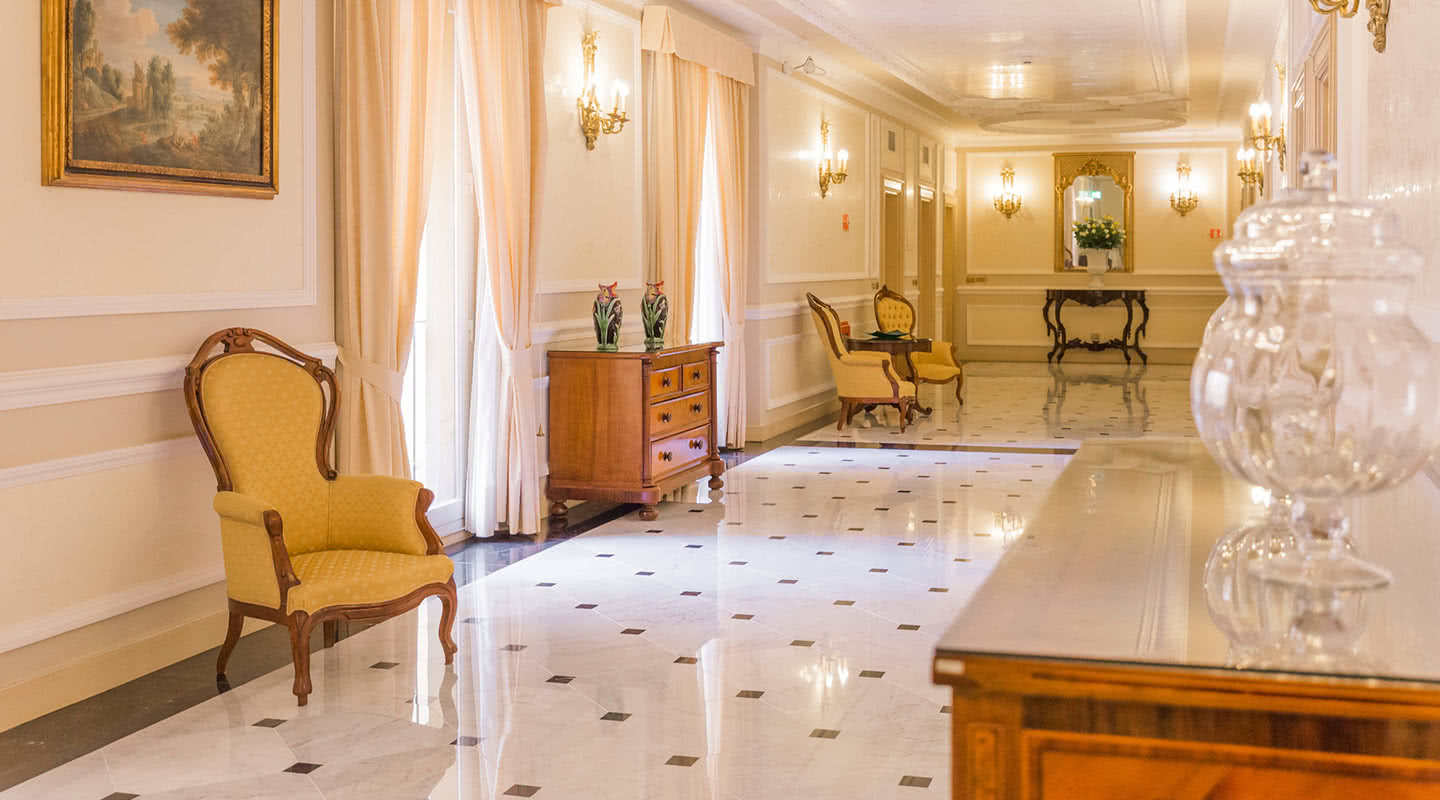 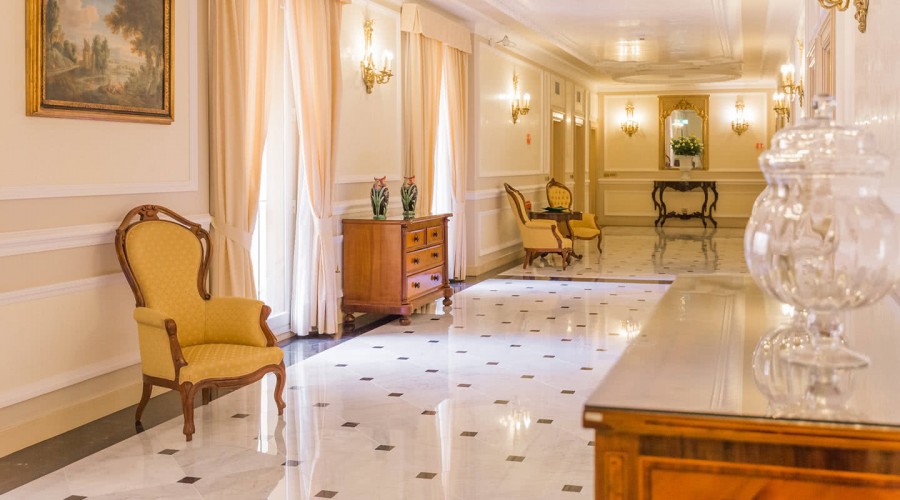 Grand Hotel Majestic “già Baglioni”, the prestigious witness of the city history, for centuries has been housing beauty and traditions in the historical centre of Bologna, becoming a museum of art, history and culture, representing the soul of Italian cities. Its foundations, crossed by a stretch of Roman road Flaminia Militare, date back to 187 BC and preserve the remains of the ancient medieval towers of Ariosti family, which also belonged the Renaissance poet Ludovico Ariosto; from the panoramic roof garden, overlooking the rooftops and buildings, we can recognize the structure of the ancient Roman city.

BOOK NOW
For centuries, the only five-star luxury hotel in Emilia Romagna has been telling through art the story of architectural interpretation that enhances the view of Palazzo Fava’s octagonal tower.  The interior, which was rebuilt in its present form in the 18th century when it was intended to be a Seminary by the bolognese Pope Benedict XIV, conserves precious frescoed halls created by the painters of bolognese School of the sixteenth and seventeenth century. First of all these are the frescoes by Agostino, Annibale and Ludovico Carracci which welcome guests at I Carracci restaurant, and those in Camerino d’Europa, an exclusive meeting room of the hotel, recently restructured and representing the history of Europe learned from Ovid's Metamorphoses.
The richness and cheerful explosion of style that characterizes the Italian 18th century is told by the superb architecture of the building. Its geo-magnetic position, overlooking St. Peter’s Cathedral, allows a relaxed and refreshing sleep at night. Meanwhile, the 20th century is portrayed in the style and creative force of Cafè Marinetti, dedicated to the founder of Futurism who elected the halls of Majestic hotel as his innovative activities’ headquarters. The ancient times of Enoteca Morandi represent typical taverns of Bologna.