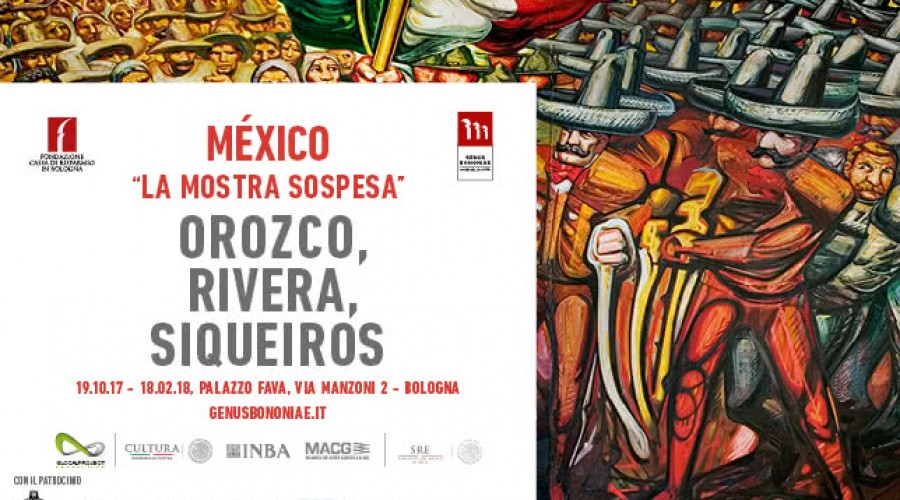 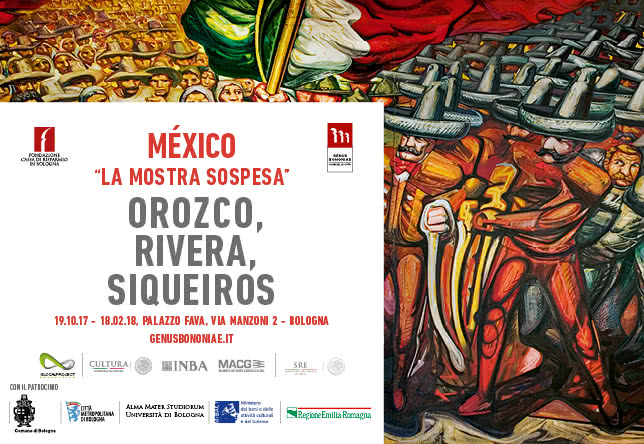 For the first time in Europe with 68 art works among the most significant Mexican mural paintings, part of Mexican national heritage and the Carrillo Gil Museum, the National Museum of Art and the Veracruz Museum.

The "pending exhibition" organized and produced by Carisbo Foundation and Genus Bononiae-Musei in the City, with the Carrillo Gil Art Museum and the Italian company Glocal Project Consulting represents the excellence of Mexican mural painting and one of the most art forms important in the 20th century.

The collection, with its unique history, has also an important artistic value and social content to be considered a national Mexican heritage. Mexican muralism is one of the most important expression of avant-garde that influences artists from America, Europe and even Japan.
The famous "EXPOSICION PENDIENTE" had to be inaugurated in 1973, but it was canceled because of a coup d'etat in Chile and only after a dangerous periplo could return to Mexico. The exhibition, which is part of the history of those years in Latin America, was finally inaugurated in Chile in 2015 thanks to the work of the Carrillo Gil Art Museum, which took care of the presentation as it was in the plans 42 years earlier.
www.genusbononiae.it