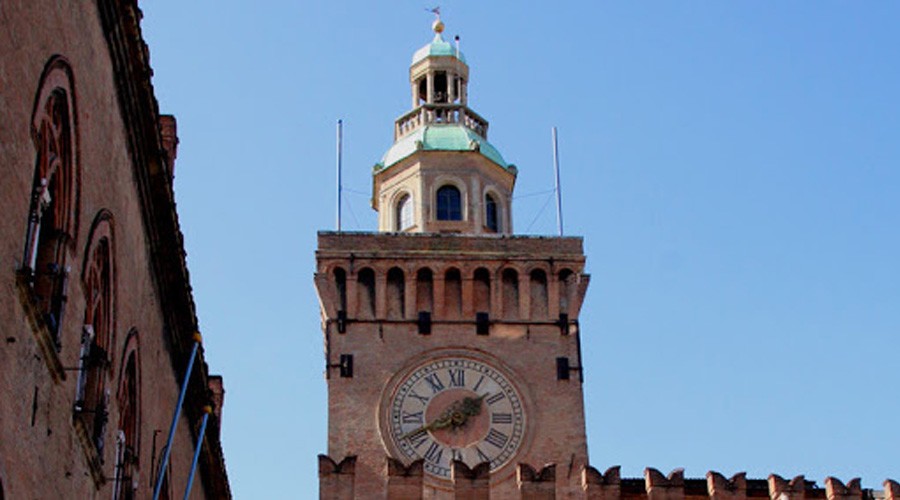 Wed, 10/28/2020 - 09:30
After careful restoration work, the Accursi Tower, better known as the Clock Tower, will open to the public. A further step that will enrich the cultural and tourist offer of Bologna.
By the end of October its doors will be open for the first time after the restoration to visitors, who will thus be able to enjoy another splendid panoramic view over the rooftops of Bologna.

Located in Piazza Maggiore, Torre Accursi is also known as the Clock Tower, a very large building that included a school, with the portico facing the square, and a corner tower. The tower was incorporated into the Accursio residence which, shortly after the death of the owner, was purchased by the new Municipality, which was in the process of expansion.

What still stands out today is the enormous mechanical clock, placed on the facade of the Tower in 1444. The sundial placed on the Arengo tower remained the task of marking the daytime hours and above all noon, with respect to which all the other watches, while from 1451 the new mechanism began to mark the night as well.