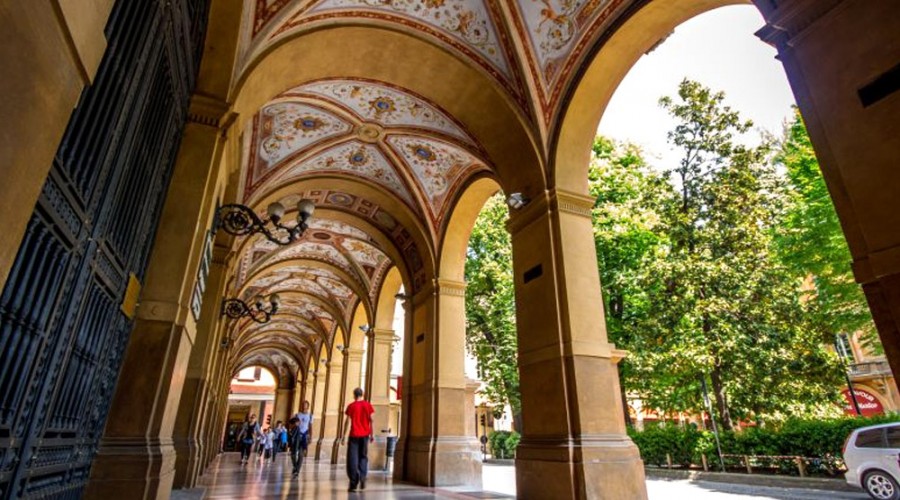 The Porticoes di Bologna are officially the Italian candidacy to become UNESCO World Heritage 2020. Always witnesses of exchanges, meetings and new acquaintances, today they project the city into the future.
In this Promenade we are accompanied by Virginio Merola, Mayor of the Bologna. Why have the Porticoes been suggested as candidates for UNESCO world heritage?
There is no other city in the world that has the variety and length (62 kilometres) of Porticoes that Bologna has. From San Luca to Piazza Cavour, from via Santa Caterina to the Treno della Barca: it is an architectural and urban network that surrounds our city and represents a unique entity on the world panorama. With this in mind we are working hard to ensure that our Porticoes are candidates for UNESCO world heritage. At the base of this candidacy there is a very thorough research work, both on the historical, urbanistic but above all social level.
The porticoes in Bologna are, in fact, considered everyone's home, a meeting place and a place that protects, from the sun as well as from the rain. It is one of the symbols of our city and the candidacy path is also an important civic bet because this challenge is felt by all the inhabitants of the city and brings us all together.
More on www.bolognawelcome.com