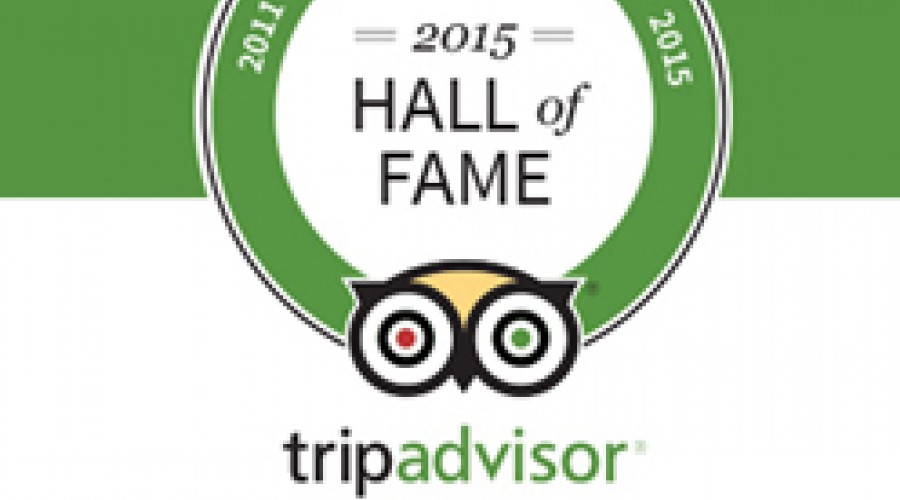 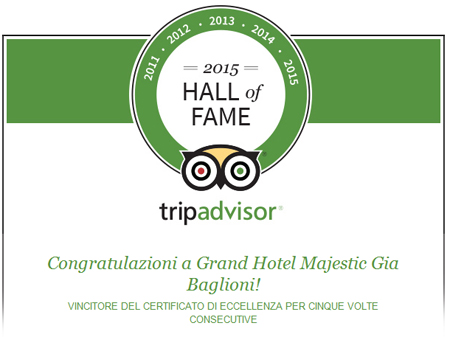 GRAND HOTEL MAJESTIC “GIÀ BAGLIONI”  IN THE HALL OF FAME OF TRIPADVISOR
The only 5-star luxury hotel in Bologna wins the Certificate of Excellence by TripAdvisor for the fifth consecutive time, entering the Hall of Fame of the largest travel portal in the world.
With 402 evaluations of excellence based on 546 reviews of travelers, Grand Hotel Majestic "già Baglioni" became one of the Hall of Fame winners with the Certificate of Excellence by TripAdvisor.
Guests describe the only 5-star luxury hotel of Bologna and Emilia-Romagna region like this: "Bologna is worth a night at the Baglioni"; "The pride of the city"; "There is anything you may want"; "The class does not age. It's always been the best hotel in Bologna and continues to be so." In fact, for more than 100 years  Grand Hotel Majestic "già Baglioni" has been the guardian of the the best Bolognese hospitality, from its palazzo built in 1700 at no. 8, via Independenza.
The exclusive TripAdvisor recognition is only awarded to facilities that have been awarded the Certificate of Excellence for five consecutive years, and steadily receive very positive reviews on the largest travel portal in the world.